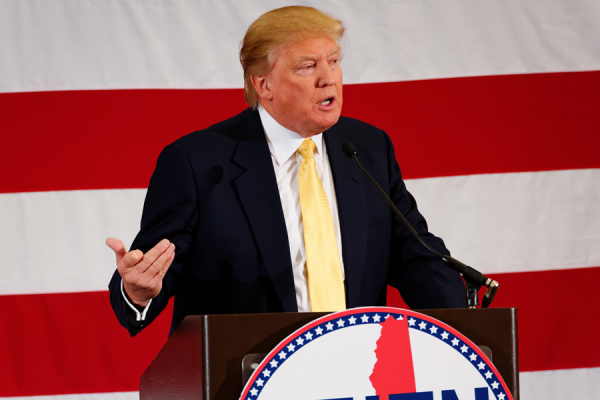 The results of the 2020 presidential election were a shock. A dementia victim who barely campaigned turned the tables in the middle of the night to beat a popular incumbent who, not only campaigned like dynamite, his high energy rallies turned away thousands. The country doesn’t buy this story, and yet the Supreme Court, other courts, and various legislatures refuse to even look at evidence of massive voter fraud. Obviously the web of intrigue that put Joe Biden in office is larger, stronger and farther reaching than voters, and perhaps even the president himself, realized. Is election integrity a thing of the past? Is the Republican Party itself a sham? What to do?

One thing is to keep an eye on President Trump and remember that, as a builder, he makes sure everything he does has multiple paths to success and that he always plays a long game.

The first announcement he made after conceding was his speech at CPAC where he emerged as the clear, if unofficial, head of the Republican Party. He called out the RNC for supporting RINOs (and turning a blind eye to election fraud) by

announcing his own rival PAC - Save America (which you can access through (https://www.donaldjtrump.com/). The PAC’s goal is to support actual conservatives, in key states, who will fight for the Constitution and conservative values, and who understand that what just happened was a coup and that Democrats are at war with anyone trying to stop them.

Next, Trump threatened the RNC with a lawsuit for using his likeness to raise money. Trump knows that as a public figure—if not one of the most talked about presidents ever—there’s probably little he can do to stop them. But, the point of the lawsuit isn’t necessarily to win in court—it’s to show his base he’s serious and to get them to donate to his PAC so he has clout—and to get the whole country, even the main stream media, talking about Trump’s battle with the RNC, thus forcing the RNC to smell the coffee. After all, conservatives are sick of the RNC manipulating us with false promises.

Changing the RNC is a long game, but Trump seems to think that’s easier and smarter than starting a third party. Many of us put Trump alongside Washington or Lincoln for his insight and courage. He could start a third party. But why do that if there’s an existing political framework he can meld to his purposes? Why do that when getting the RNC to bend reflects his personal power.

On Fox News, March 21, Trump spokesman Jason Miller announced that Trump will return “to social media in two or three months” with “his own platform” that will “completely redefine the game” and attract “tens of millions” of users. Trump is developing his own platform because he speculated that Parler, and other sites like it, wouldn’t be able to cope with the number of users. He had 90 million followers on Twitter.

Establishing his own social media platform reflects more Trump positioning to win the long game. In the beginning, he will simply be able to be heard without censorship, which is important enough. But by using new technologies like the one which supports the crypto browser Brave, he can ultimately help diminish or even abolish his powerful enemies in technology and social media.

He knows Twitter’s stock went down after they banished him. He knows that Twitter doesn’t have as strong a revenue stream as, say Facebook, but that the technologies which support any of the major social media platforms aren’t unique to them. Anyone with money and time can create such a platform. These platforms were “disruptive” when they were new; and Trump knows that if they don’t keep reinventing themselves, someone else can disrupt them out of business. And he knows that each platform appeals to a certain type of individual: millennials prefer Instagram to Facebook, for example. So Trump knows that his 90 million Twitter followers will at least check out his new platform, and that he’ll succeed as long as he delivers what attracted them to follow him on Twitter.

Bets are off if he’ll actually win in the end—after all, the Communists in America have been playing the long game since 1917 and have just staged their coup now. But at least the advantage of the long game is that it allows the president to see in advance which strategies work best and to make adjustments in things like public perception. It allows him to amass an army of supporters and to give them direction that actually makes an impact. He knows the Democrats will infiltrate his new system and, undoubtedly, before he officially launches, he’ll have a long game for that, too.

https://www.theepochtimes.com/trump-will-return-to-social-media-with-his-own-platform-in-several-months-adviser_3742792.html?&utm_source=newsnoe&utm_medium=email&email=This email address is being protected from spambots. You need JavaScript enabled to view it.&utm_campaign=breaking-2021-03-21-2