The Fourth of July

The Continental Congress approved the final wording of the Declaration of Independence on July 4, 1776

Game with No Rules 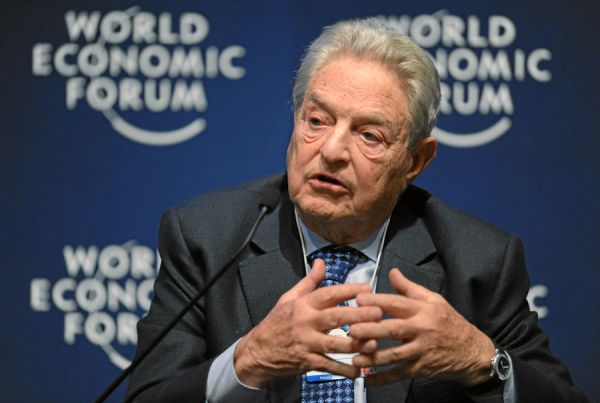 Who said the following? Biden, Trump, Obama or Putin?

“Society is wondering whether [the] monopolism [of multinational tech companies] meets public interests. Where is the border between successful global business, in-demand services and big data consolidation, and the attempts to manage society at one’s own discretion and in a tough manner, replace legal democratic institutions and essentially usurp or restrict the natural right of people to decide for themselves how to live, what to choose and what position to express freely?”

This is a quote from a fascinating speech by Vladimir Putin to the World Economic Forum (WEF) in 2021 (link to transcript below). The WEF was founded by Swiss academic Klaus Schwab in the ‘70s and since then has expanded to an annual event in Davos, Switzerland attended by 2- to 3000 invited “elites,” including business leaders (Bill Gates and tech giants), world leaders (Trump spoke to them, too. Link below) economists, and celebrities. Their purpose is “tackling the world’s greatest challenges,” of which Climate Change is undoubtedly their favorite, but which includes everything from quantum computing to promoting LGBTQ rights. (For a partial list, see the Centre for the Fourth Industrial Revolution—link below.) According to the WEF website, the WEF is in the “next phase of its journey as the global platform for public-private cooperation” (that is, big government in cahoots with big corporations.)

Putin spoke at Davos immediately after he and Biden signed “The New START” which limits the size of the two countries’ strategic nuclear arsenals. Similar to other world leaders’ speeches, the subtext is what Putin wants or needs to stay in power. And he is fairly direct. Beginning with comparing the economic advancement of developing nations to developed western nations, he showed that while hundreds of millions of individuals in developing nations (Russia and China) saw their purchasing power increase, individuals in developed nations (the US, the EU) actually saw decreases. Between 2000 and 2016, more than two million Americans sank into poverty while the cost of education and health skyrocketed. He cited figures of uneducated and unemployed young adults worldwide. He implies the fault lies with multi-national tech companies for fomenting unrest and controlling their “audience” with propaganda.

He fears: “Unresolved and mounting internal socioeconomic problems may push people to look for someone to blame for all their troubles and to redirect their irritation and discontent. We can already see this. We feel that the degree of foreign policy propaganda rhetoric is growing.”

Was he referring to the 2016 election and the extent to which he was blamed, and the Russia hoax which crippled Trump’s ability to interact with him? And is he also speaking of the tech promoted propaganda surrounding Wokism?

He goes on: “We can expect the nature of practical actions to also become more aggressive, including pressure on the countries that do not agree with a role of obedient controlled satellites, use of trade barriers, illegitimate sanctions and restrictions in the financial, technological and cyber spheres.” Here, he’s not referring to countries exerting these pressures, but the multi-national corporations . . . that is, the members of Davos.

Then comes the threat: “Such a game with no rules critically increases the risk of unilateral use of military force. The use of force under a far-fetched pretext is what this danger is all about. This multiplies the likelihood of new hot spots flaring up on our planet. This concerns us.” By “game with no rules,” he means multi-national tech companies, which, unlike nations, don’t abide by treaties. He says they “are not just some economic giants. In some areas, they are de facto competing with states. Their audiences consist of billions of users that pass a considerable part of their lives in these ecosystems.” These corporations issue demands—policies over Climate Change or LGBTQ rights, for example—and expect nations to comply.

So Putin is saying that Davos folk are making it hard to run his country, and that he will retaliate if he’s pushed too far. Putin is ruthless, and he’s also a realist. If all of the above threatens his power—and if NATO encroaches on his territory, he promised to come out swinging. Are we surprised he did?

On the WEF website, “Davos stands with Ukraine.” But how are the “elites” supporting the defense of Ukrainians? Or, are they set to build wealth from instability and collapse? It seems the Ukrainian people are pawns in a “game with no rules.” In fact, it feels like the entire world is victim to the “Davos Agenda”—with its attempt to control its billions through Covid-19 and Climate Change policies, and now rampant inflation and the threat of global conflict.

Incidentally, at Trump’s Davos speech, Trump indirectly addressed the same points Putin did—by boasting he was turning those threats around, that he had created jobs, and returned pride and purpose to the American people. No wonder he had to be stopped.